A very Rainbow day out!

We’re joined by a host of talented Psy, Progressive, House, Techno & Bass artists, including longtime Rainbow crowd favourites including Antix, Grouch, Freq and Spoonbill. Check out our set times below.

Deep in the midst of the ’90s rave culture brothers Barton and Hayden Strom joined forces. Antix was born from a sublime fusion of trance, progressive house, and minimal techno which soon caught the ears of Iboga Records. It wasn’t long before they reached critical acclaim and started a hectic globetrotting schedule that took them to all corners of the planet.

Forging his signature style by merging four to the floor rhythms and minimal psychedelia with maximum dancefloor effect, catapulted Grouch into global stardom, putting him at the vanguard of psychedelic electronica.

Armed with a trusty AMIGA500, Octamed tracker, and a Roland synth, FREq began to explore the depths of electronic dance music – shaping sonic structures influenced by early underground house and trance parties. Since this formation, and many years of perfecting production skills, FREq has become one of the top international progressive/trance artists in the genre.

Forging his signature style by merging four to the floor rhythms and ASHEZ is a 24-year-old bass music producer from Auckland, New Zealand. ASHEZ has performed both nationally and internationally. He has toured the West Coast of America twice playing at multiple shows and festivals across California and Oregon.

With anthemic grooves that hook you back in, the Melbourne DJ, producer and curator of Disco Faith Recordings strings together a renowned slew of nu disco, soulful house, jacking house, progressive house and driving techno to make you want to get up and go out.

Originally from Melbourne Australia, his initial forays into the heady world of music were in the emergent punk/new wave scene of the late 70’s/ early 80’s where he was part of Michael Hutchence’s alternate band ‘Max Q’. Around this time, he succumbed to the siren-call of the nascent electronic dance movement travelling between Paris New York and London where he finally settled down and became part of the burgeoning Trance scene.

With anthemic Fusing powerful, emotive live cello with formidable DJ skills, Wilma’s act is unlike anything else in the global electronic music scene. Armed with a sound that encompasses the full gamut of the house and techno spectrum, Wilma has found her way onto the line-ups of premiere Australian festivals including Rainbow Serpent Festival.

Based in Melbourne, Goosebumpz is known for his eclectic assortment of original bass heavy, broken beat productions. At home, he’s crushed festivals such as Splendour In The Grass, Rainbow Serpent, and Wide Open Space, and supported acts including KOAN Sound, Opiuo, and Spoonbill.

It wouldn’t be Rainbow without a healthy serving of Art. We are proud to announce the talented Live Painters to takes us on a journey of colour and imagination as they weave their magic and bring the canvas to life.

Stiff Ives uses her art as a vehicle for communication, offering the viewer not only a visual expression of ideas, but a chance to connect deeper with the natural world. There are characters and themes that appear consistently in her work, igniting an interest in people to reconnect with wild life both externally and internally.

Bryan is a Melbourne based Artist, Graffiti Writer, Animator & VJ working at the intersection of the Graffiti, Street & Visionary art movements since 1998.

Ash Darq is a Melbourne based dark surrealist who creates art to use as a vehicle for self-healing. Heavily textured experiments form the foundation of her paintings, and act as fuel for the intensely emotional themes she prefers to explore; Fear, pain, femininity, emotional states, existentialism and life and death.

Born and raised in Amiens France, Tennessee Charpentier now calls Melbourne her home and through the local music and arts scene has become inspired to combine formal graphic design with visionary art, surrealism and symbolism to form her unique style. Visions and ideas arise from her subconscious, communicating lessons to be applied to life – themes of inner strength and courage are expressed on canvas to motivate everyone to embrace their life path and strive to self actualise.

Zoë Rayne is an oil painter whose realistic paintings create a narrative of her vivid dreams and the interweaving of magic, ritual and myth throughout her life. With a deep connection to the natural world, Zoë has always felt called to depict humanity’s inherent inseparability with nature and how this relates beyond our ordinary state of being.

Xenodimensional is a digital artist based in Melbourne who has been exploring digital art in all its various forms for more than 20 years. As an avid explorer of previously unseen dimensions, Xenodimensional has consistently pushed the boundaries of what can be achieved with computer based art and design. From large scale digital worlds to intricate miniature 3d prints, Xenodimensional has been busy preparing the next stage of their artistic evolution for public viewing.

Daniel Mirante is a fine artist. His approaches explore both archaic traditional approaches and ancient symbolism & emerging technology with the contemporary zeitgeist.

We are honoured to have a selection of world class performers will be gracing our stages with their colourful costumes, back bending contortions and twirling hoops.

Jessihoopz, aka Jess Knollmeyer, is a flow artist and hooper known for her technical, playful and musically connected style. She loves to blend speed, breaks and intricate combinations to captivate her audience and help tell the story of the music and the set through movement.

Elle Indika is a Melbourne based hula-hoop artist, fusion dancer and choreographer.

From culinary delights, to stocking up on your favourite doof wardrobe items, there will be something to fill that every need and desire in the Rainbow Reunion Bazaar. 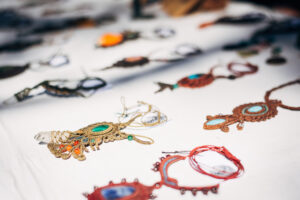 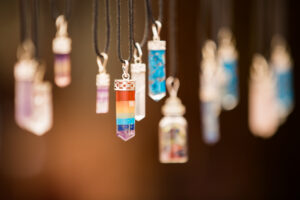 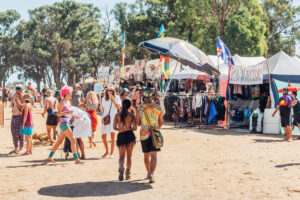